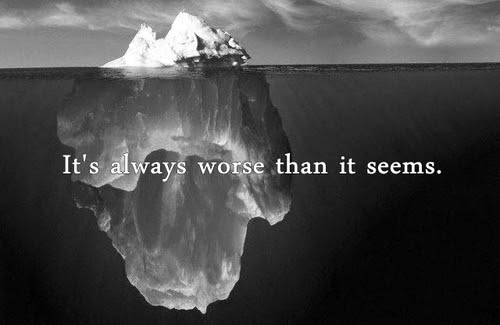 Life can bring us good times, hard times and sad times. But when the sad times last for weeks or months at a time or keep you from your regular activities, you may be suffering from depression. Depression is a medical illness that involves the body, mood, and thoughts. It affects the way you eat and sleep, the way you feel about yourself, and the way you think about things.

It is different from feeling “blue” or down for a few hours or a couple of days. It is not a condition that can be willed or wished away.

What are the different types of depression?

Different kinds of depression include:

Major depressive disorder. Also called major depression, this is a combination of symptoms that hurt a person’s ability to work, sleep, study, eat, and enjoy hobbies.

Dysthymic (diss-TIME-ic) disorder. Also called dysthymia, this kind of depression lasts for a long time (two years or longer). The symptoms are less severe than major depression but can prevent you from living normally or feeling well.

Some kinds of depression show slightly different symptoms than those described above. Some may start after a particular event. However, not all scientists agree on how to label and define these forms of depression. They include:

Psychotic depression, which occurs when a severe depressive illness happens with some form of psychosis, such as a break with reality, hallucinations, and delusions.

Postpartum depression, which is diagnosed if a new mother has a major depressive episode within one month after delivery.

Seasonal affective disorder (SAD), which is a depression during the winter months, when there is less natural sunlight.

There are many reasons why a person may become depressed:

Hormonal factors – Menstrual cycle changes, pregnancy, miscarriage, postpartum period, peri-menopause, and menopause may all cause a woman to develop depression.

Chemical imbalance – The brains of people with depression look different than those who don’t have depression. Also, the parts of the brain that manage your mood, thoughts, sleep, appetite, and behavior don’t have the right balance of chemicals.

Stress – Stressful life events such as trauma, loss of a loved one, a bad relationship, work responsibilities, caring for children and aging parents, abuse, and poverty may trigger depression in some people.

What are the signs of depression?

Not all people with depression have the same symptoms. Some people might only have a few, and others a lot. How often symptoms occur, and how long they last, is different for each person. Symptoms of depression include:

Loss of interest in hobbies and activities that you once enjoyed

Sleeplessness, early morning awakening, or oversleeping and not wanting to get up

Thoughts of hurting yourself

Thoughts of death or suicide

Constant physical symptoms that do not get better with treatment, such as headaches, upset stomach, and pain that doesn’t go away

How is Depression Treated at Genesis

Recovering patients from depression has been a passion of Dr Sloan and the doctors of Genesis for 15 years. New laboratory break throughs for testing the brain neurotransmitters like serotonin, dopamine, GABA etc., have given us a new insight on the loss or burnout of these neurotransmitters. Dr. Kellerman, who is considered one of the world’s leading neurotransmitter scientists,and team have developed a line of amino acid based symptoms that can raise or lower certain neurotransmitters based on the test results.

Dr Sloan has coined a phrase “I’ve never met an energetic depressed person.” Meaning that we find that depression comes from a lack of energy. If you look at the symptoms of depression and fatigue they look very similar. Only your doctor doesn’t look for the root causes and can only offer anti-depressants as the treatment. But not here at Genesis, we look for thyroid insufficiency, vitamin and mineral deficiency, chronic infections, pituitary deficiency, anemia, low levels of the mineral lithium, candida infections, malabsorption symptoms and food allergies which can all cause a dis-regulation in your bodies neurotransmitters.

By testing your body accurately to find the root cause, we have great success in treating depression naturally or with minimal medication. This also covers other brain/body disorders like Bipolar disorder, schizophrenia, mood disorders, tourettes and tics, autism and others.